Established in 1883 by the Dreyer family and still family-owned today, Amazone have been at the forefront of agricultural machinery design, pioneering much of the technology in common use today. A few of the world ‘firsts’ over the last 130 years being PTO-driven twin disc fertiliser spreaders, seed drill combinations, tramline systems on drills, fertiliser spreading to 54m, automated headland shut-off systems for fertiliser spreaders, GPS variable rate spreading, to name but a few.

Having been involved in the early days with grain cleaning systems, potato harvesting and grading equipment and manure spreaders, Amazone are now very much the crop establishment experts. On the cultivation front, the emphasis now is on post-combining shallow stubble cultivation in the quest to control black grass and here the Catros compact disc harrow is the ideal tool. And now with the Cayron range of ploughs, the non-powered Cenius and Centaur cultivators alongside the KE and KG power harrow ranges fit in well with both soil inversion and min-till techniques.

In widths ranging from 2.5 to 15m, the Amazone drill range encompasses all farm sizes and establishment techniques from direct drilling, tine seeding, cultivator drilling right through to power harrow drill combinations. An increasing use of fertiliser with the seed is also now catered for on both solo drills and combinations. Precision drills for maize and rape complete the drill line-up

With the Pantera now firmly established in spraying circles, this high-tech self-propelled sprayer forms the flagship in a comprehensive programme of trailed and mounted sprayers with tank sizes from 900 up 12,000 litres and boom widths up to 40m.

2013 saw the 1,000,000th fertiliser spreader being delivered and the ZA-M spreader is still the icon of the Amazone spreader line-up. Weighing technology and hydraulic drive are now the industry standard, with GPS variable rate application, automated headland shut-off, push-button border spread control all being the norm. On the new ZA-TS, and the bigger trailed ZG-TS, Amazone have pushed the boundaries of fertiliser spreading yet further will tramline widths up to 54m and outputs that allow application rates of up to 400 kg/ha at forward speeds of up to 30 km/h at 36m, a huge bonus in getting the job done in the right conditions.

Amazone – the ‘harvest to harvest’ specialists 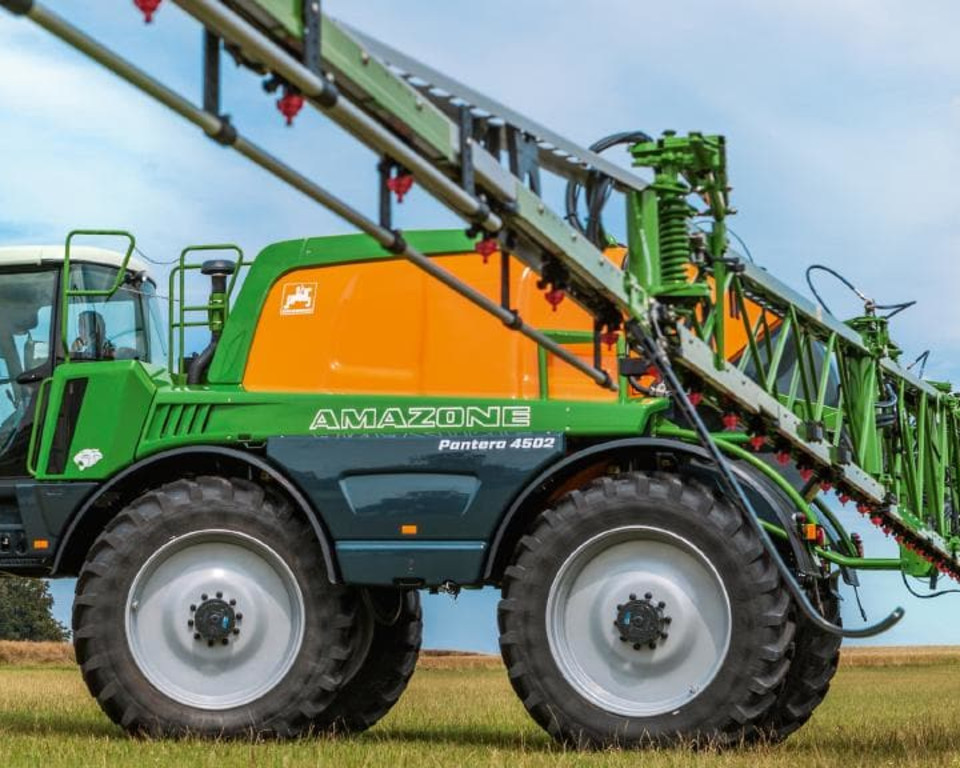 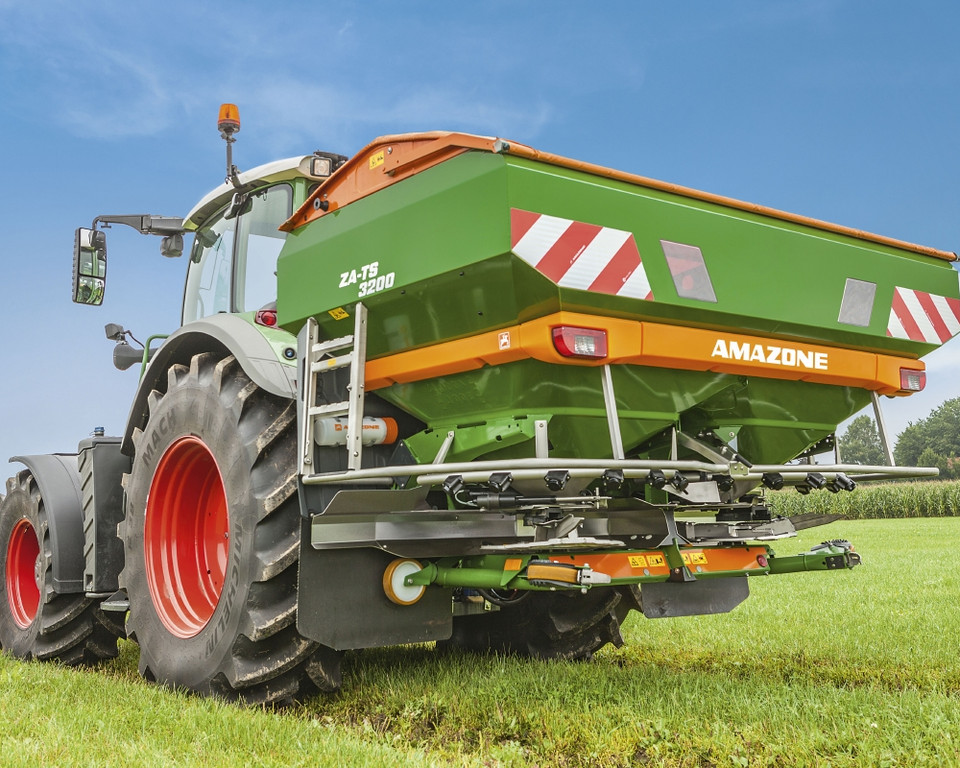 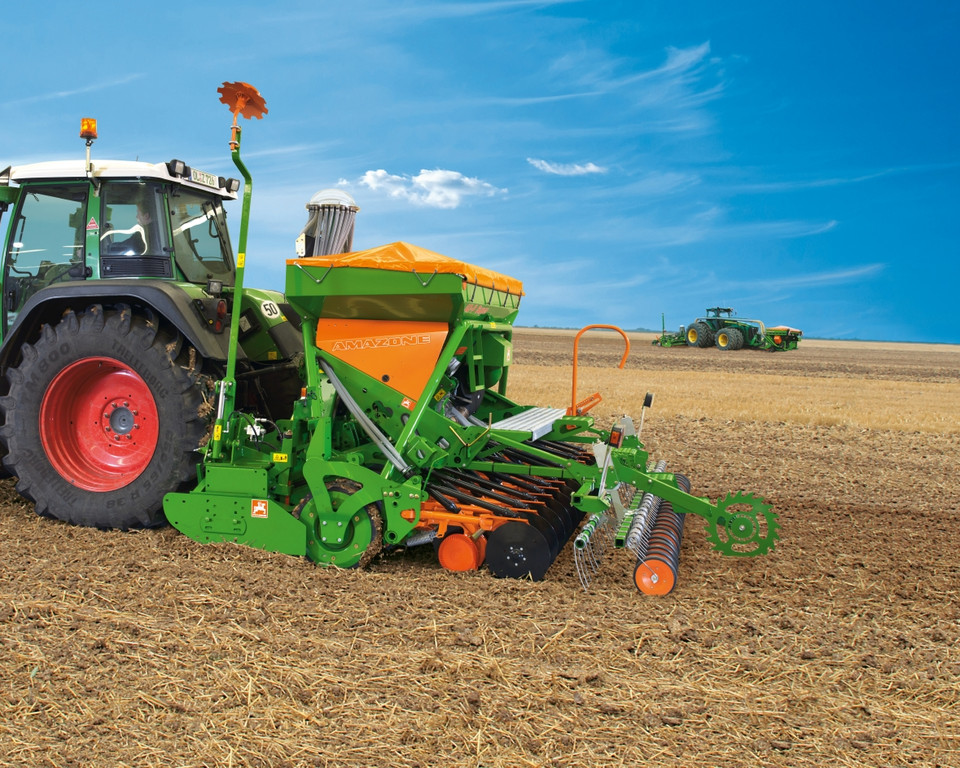 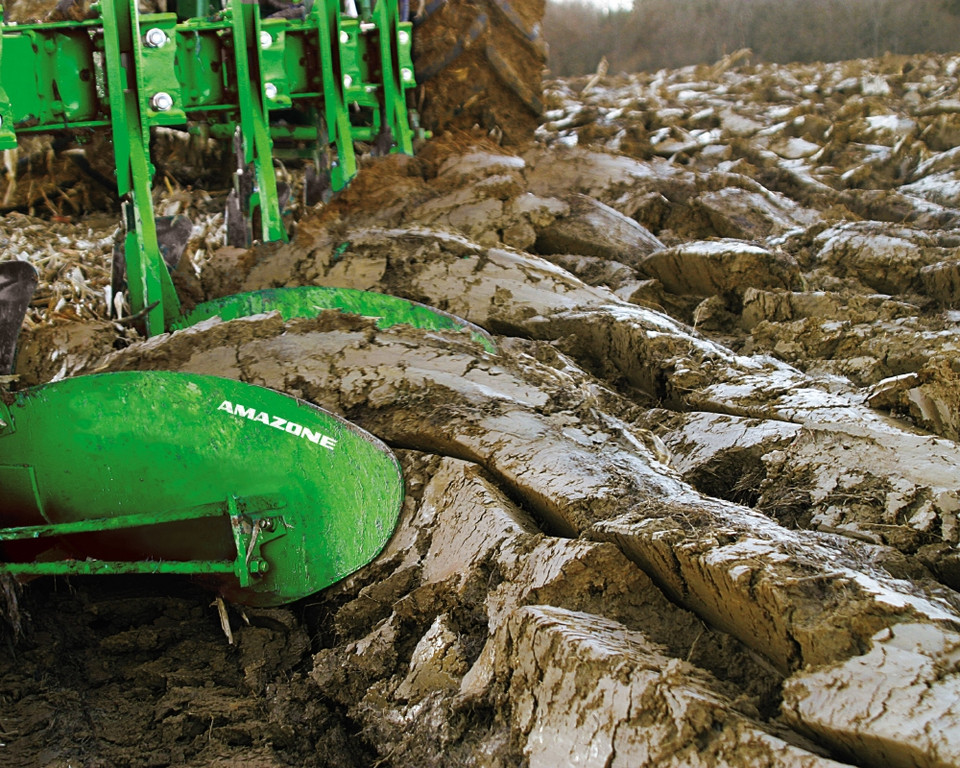 Sky Agriculture is the result of a meeting of minds between farmers and machinery manufacturers. It was established as a new brand and launched at SIMA show in 2013. In a short time Sky drills have made a huge impact on their home market in France and they are now being introduced into many other countries around the world. 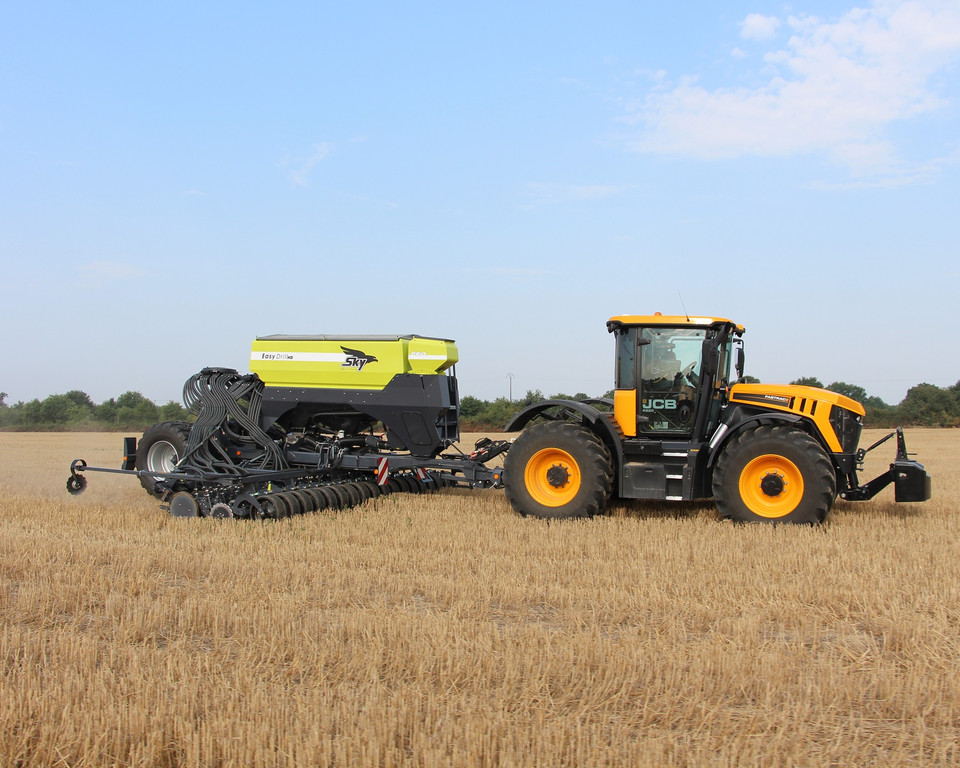 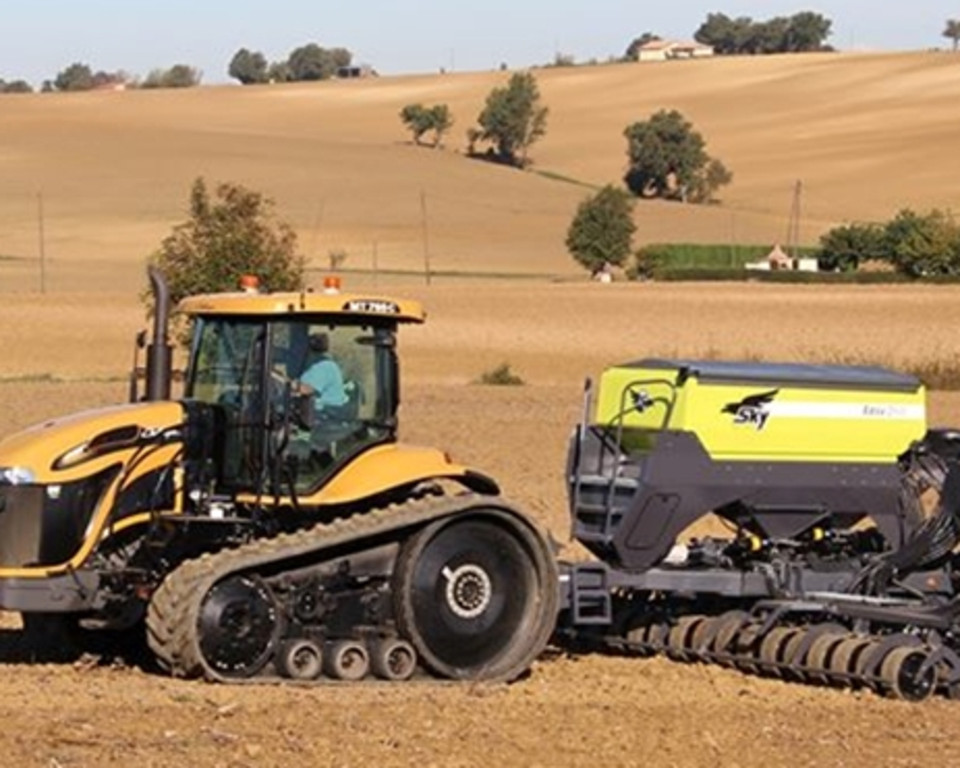 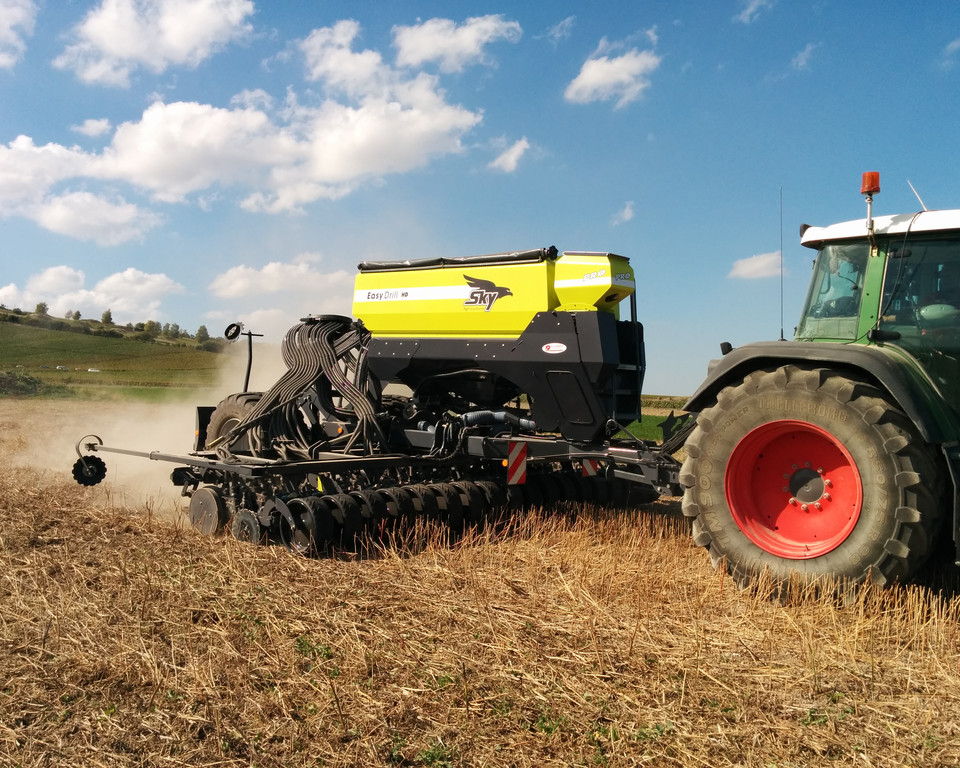 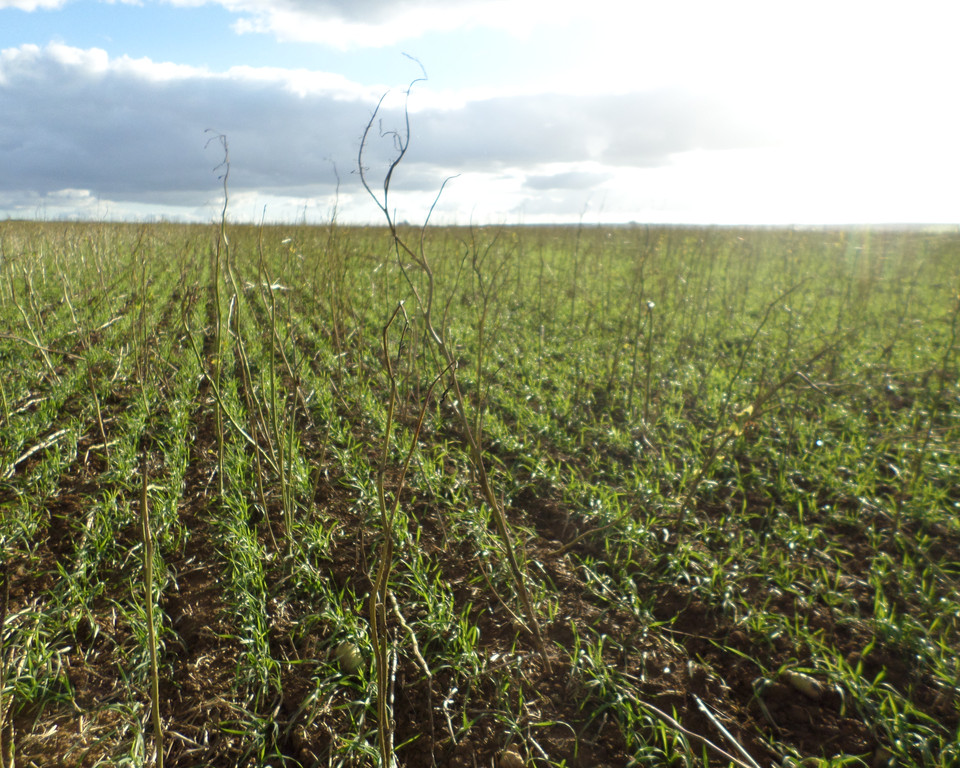